The Little Theater of Alexandria 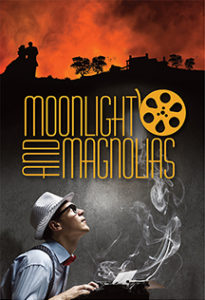 WHEN:  March 3, 2020 — SAVE THE DATE!
WHERE:  The Little Theater of Alexandria
WHAT:  FUNDRAISER — An Amazing Night Out benefitting NSHF

MOONLIGHT AND MAGNOLIAS – It’s Hollywood, 1939. Legendary film producer, David O. Selznick, is five weeks into shooting “Gone with the Wind” when he realizes the script is awful and the director doesn’t have a clue. He has a few short days to replace them and restart shooting or the production will shut down. Over the course of five days, three writers frantically craft (and act out all of the parts!) one of the most beloved screenplays of all times. Join us for this funny and affectionate comic romp that takes us behind the scenes of an iconic story.