I am sure that you understand me when I say how encouraging it is to see the flowers in bloom, the grass greening up, and the birds singing. I feel this way every year as Spring starts to show itself, but particularly this year. I see hope in the many Sailors we have helped during the pandemic and am encouraged when I hear their stories. In this issue of our newsletter, we are sharing a Sailor’s story, a success story, along with some photos that include big smiles and love. I hope you, our donors, read the story and feel a bit of pride knowing that you have contributed to these success stories.

Success comes in many versions and all of us at NSHF feel successful every time we are able to support a Sailor, their family, or a caregiver. In the first three months of this year, we have provided $10,000 in grants for Sailors in need. Many of those Sailors have been single parents and we know that that help translates to support for those children, perhaps some future Sailors.

Our Sailor athletes are preparing for the Warrior Games as I write this. Each athlete has participated in virtual camps and now virtual trials on their road to qualifying for Team Navy. The Army will host the games this year and is working with Disney World to coordinate the event. This year each team will send 50 athletes, a combination of active duty and retirees, to represent the Navy and the Coast Guard. Go Team Navy!

The registration for our Caregiver Coffee Break has doubled since we began in October 2020. We have been lucky to have had a Chaplin, a Psychiatrist, a Yoga teacher, and a Nutritionist present to our caregivers. Some of our topics have focused on developing support systems, self-care, and identifying strong relationships. Our caregivers report that our weekly sessions have become a positive part of their week and have provided resources they otherwise would not have received.

Success is all around us! As our routines return to a more “normal” level, and we come out of this COVID hibernation we have been in, I hope you all take a moment to appreciate the small successes you see and remember that you have been an important part of many of them. Together we succeed!

Thoughts from the Vice Chairman 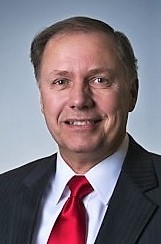 When I joined the Navy Safe Harbor Foundation (NSHF) board of directors in 2011, I was immediately impressed by several things. First, our Foundation has a formal memorandum of agreement with the Department of the Navy recognizing us as the primary charitable organization supporting, what is now called the, Navy Wounded Warrior Program (NWWP). Second, U.S. Coast Guard personnel are also enrolled in NWWP. Finally, NSHF is run by an all volunteer staff and board of directors, except for a small annual stipend that we provide to our president in compensation for the hundreds of hours a month she devotes to coordinate with NWWP and to keep our Foundation squared away administratively. Additionally, we do not hire event coordinators to conduct our fundraising activities. Volunteer NSHF board members step forward and fill that role in order to ensure that the vast majority of your donations are used to support the Navy and Coast Guard sailors enrolled in NWWP; and not overhead.

The number of sailors enrolled in Navy Wounded Warrior continues to grow; and it’s not surprising. While actual combat wounds have subsided for now, the daily tasks of any military organization still pose high risk. “Train the way you fight” injuries take their toll annually. Coast Guard petty officer JC Scott is a prime example. You will read his remarkable story of injury and recovery elsewhere in this newsletter. Serious illness developed while on active duty, including post traumatic stress, is also a growing source of enrollment in NWWP. The non-medical support provided to these service members by NWWP and NSHF goes hand in hand with their ongoing medical treatment within our military or VA medical systems. Our NSHF 2020 Wounded Warrior of the Year, Navy petty officer Ruth Freeman, continues to overcome multiple forms of cancer. But she became an inspiration to similar struggling sailors as she became involved in the NWWP adaptive athletics program, supported by NSHF. She excelled in the annual Warrior Games and other competitive venues. Remarkably, IT1 Freemen recently gave birth to a son. Both are doing well!

As we all slowly come out from our protective bubbles caused by the Covid-19 pandemic, please don’t forget about NSHF. Your support has been the reason that we have kept pace with, and even expanded our support to NWWP enrollees and their families. Your next donation may support a caregiver reset session, adaptive athletic training, gas to help an enrollee drive long distances to a medical appointment or even purchase time critical plane tickets to allow a spouse or parents to get to the bedside of a critically wounded, injured or ill Navy or Coast Guard sailor. But you can be certain that your continuing support will mean the world to recovering NWWP enrollees. Semper Paratus 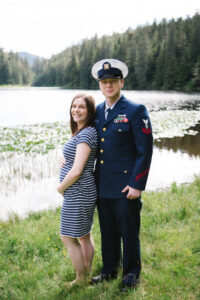 If you met JC Scott today you would see a passionate and talented Farmer, active in his community and church, fulfilling his dream of a large family and a happy marriage. You might talk to him at his Rocking JS Coffee Company & Produce Cart or perhaps you would meet him at his children’s school, or you might attend one of his classes on chicken tending. What you wouldn’t see is his resilience on the face of a significant and life altering injury incurred in the line of duty.

JC’s life changed while attending the Coast Guard’s Maritime Safety Response Team (MSRT)-Counter Terrorism Assault Team training. He took a 10-foot fall, fracturing his T4 vertebrae. True to the Coast Guard motto, Semper Paratus – Always Ready – JC got up from that fall and completed his training, earned a spot on the MSRT and continued toward his goal of a full Coast Guard career. This plan changed however, when the fall left him with permanent and life altering pain and mobility issues. Treating his on-going symptoms required him

to be placed on limited duty, so he accepted orders to Ketchikan, Alaska with the hope that he would fully recover, continue his Coast Guard career, and ultimately be able to become a Coast Guard retiree some day!

JC, his wife Stephanie, and two children moved from Chesapeake, Virginia to Alaska in 2014, for a position that met his particular medically required restrictions. They developed a strong community within both the Coast Guard family and the town. As JC’s symptoms continued to worsen, and doctor’s appointments consumed more of his time, that community and the support they provided sustained the Scott family. During this period, JC was encouraged to enroll in the Navy’s Wounded Warrior Program (NWWP). Once enrolled, he was assigned to work with a Recovery Care Coordinator (RCC), Mr. Edward Garcia, who assisted JC in coordinating resources that would facilitate all aspects of his recovery. JC describes the NWWP to be the recipe that helped him, and his family build their new life. A bright spot during this challenging time of their lives was the birth of their daughter on Christmas day 2014. Sadly, JC’s symptoms progressed, limiting the use of one arm and his ability to walk, resulting in a medically necessary retirement in 2016–definitely not part of his plan.

A long drive from Alaska to Florida returned the Scott’s to their family and friends and put them in touch with a well-regarded Chiropractor who has been instrumental in getting JC off of the 17 different medications he was taking and has allowed him to return to an active and engaging lifestyle. Through hard work and help from family, friends, professionals and the community, JC has recovered enough that he and Stephanie have added to their family with a fourth child and welcomed two Foster children into their home, established a mango and peach grove, built a working relationship with other farmers to provide produce for their community, and are raising cows, chickens and sheep on their farm. And just to be sure he wasn’t bored, JC returned to school to further his education in Horticulture and Landscaping. Wow!

While JC could not have imagined that he would ever have to go through this experience, he believes that he has grown in ways that he would not have anticipated prior to his injury. He gives credit to his family, his God and the NWWP for helping him in his recovery. I give credit to JC’s amazing attitude and perseverance! 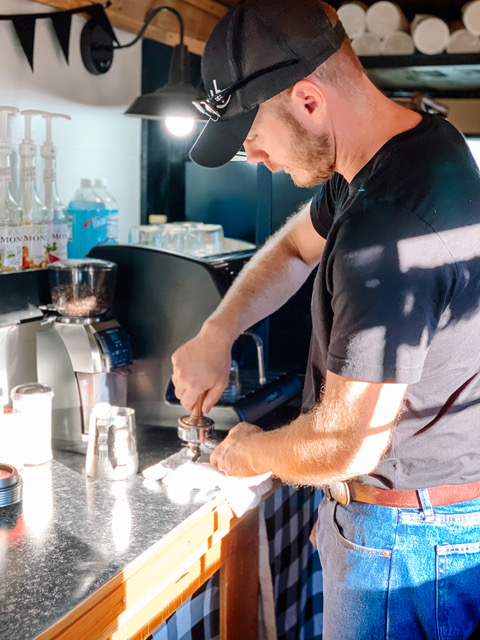 The Navy Safe Harbor Foundation (NSHF) and Navy League – National Capital Council are teaming again this year to raise funds to provide assistance for seriously wounded, ill and injured Navy and Coast Guard service members and their families located throughout the country. The 2021 tournament is scheduled August 9, 2021.

The Annual Golf Tournament includes an 18-hole Scramble on this award-winning course, live raffle, plus closest to the pin and longest drive contests. Planning has begun to ensure the comfort and safety of all participants.

Coast Guard Fact:With a force of approximately 42,000 active duty members, the Coast Guard is only slightly larger than the NYPD (36,000 officers) and guards over 95,000 miles of coast line, our inner water ways and abroad.