Happy New Year. I know that all of us are eager to get 2021 off to a good start and to let go of the challenges that 2020 brought us, but before we completely say good-bye, I thought I would share some of the successes NSHF experienced over the past year.

In 2020, NSHF filled 65 grant requests, of those, 5 needs were related to COVID-19 difficulties, 32 requests supported athletes training for the Warrior Games and 28 directly helped Sailors, their families and caregivers. Through our donor’s generous support over the year, we distributed $75,000 dollars in grants. We could not be prouder to be able to provide this support or more thank you, our donors.

Our Caregiver Coffee Break is growing. At the request of our Caregivers we will offer the sessions on an on-going bases. Recent topics included breathing techniques for relaxation, communication skills and dealing with holiday stress. We look forward to introducing development of a support system, healthy relationships and self-care in the weeks to come.

Virtual training has begun for the 2021 Warrior Games. The first virtual camp took place in December and despite the distance, participation was robust. Planning continues in an effort to bring the warriors together in a safe manner as allowed by CDC guidelines. The athletes have high hopes for games in the fall.

Thoughts from the Chairman 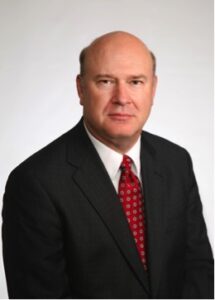 There is no doubt that 2020 was a challenging year for us all, but especially for our wounded, injured and seriously ill Sailors, their families and caregivers. The Safe Harbor Foundation has worked alongside the Navy and Coast Guard to ensure the Sailors in the Wounded Warrior/Safe Harbor program have received the support they so richly deserve. The Foundation normally augments preparation, training and participation in the Wounded Warrior games, but unfortunately, the games were cancelled due to COVID 19. We also had to switch to a virtual caregiver seminar series, limiting our outreach to them. With the arrival of several effective vaccines, I expect 2021 to be a year in which we can resume our traditional support of the Warrior Games and our caregiver outreach. That said, the Foundation has been extra busy providing needed financial support, and given the circumstances, the need was greater this year than ever before.

This year marks the Foundation’s 12th year of service to our Sailors and my 10th year as the Chairman of the Board. Over these past 10 years I’ve been honored to be a part of an organization that works tirelessly to make sure our Sailors receive the assistance needed to recover from their wounds, injuries and disease. I’ve played golf with them, attended Fashion Shows in their honor, presented Sailor of the Year awards to them, placed medals around their necks and met their spouses, families and children. I have been inspired by their selfless service to our Country and by their examples of courage, tenacity and resilience. The need of our Sailors is greater than ever before and in 2021 the Navy Safe Harbor Foundation will be “standing by to answer all bells”, thanks to the generosity of our donors and the volunteers of the Safe Harbor family.

NSHF 2020 Wounded Warrior of the Year 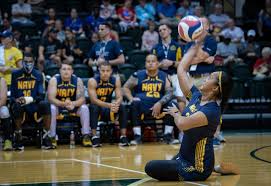 We are happy to announce that IT1 Ruth Freeman will receive the 2020 NSHF Wounded Warrior of the Year award. IT1 Freeman was nominated for this award by her command for her courage and leadership through significant personal adversities. During IT1 Freeman’s medical care and recovery she trained for and participated in the 2019 Warrior Games, winning 6 medals. She shares her love of rowing, cycling and seated volleyball by encouraging new members of

the team and supporting other sailors experiencing difficulty. IT1 Freeman is currently pursuing her BS in Cybersecurity. The presentation ceremony will take place later this month in a private ceremony, in compliance with CDC guidelines. Congratulations IT1 Freeman!

HOW IT ALL BEGAN

The need to provide coordinated, proper care to these seriously wounded, ill, and injured service members and their families became clear quickly.

In August 2005, the Department of Defense (DOD) and the U.S. Navy launched the Navy Wounded Warrior-SAFE HARBOR Program, now the Navy Wounded Warrior Program, to provide one-on-one non-medical support and advocacy for disabled Navy Sailors and their family members. The Coast Guard joined the program in 2010. Though it provided much needed non-medical financial assistance to those it served, the program was not enough.

By 2009, a small group of concerned, proactive individuals identified the need to establish a private foundation to address the demand for non-medical financial support in instances when appropriated funds were unavailable. Navy Safe Harbor Foundation (NSHF) was created to meet those growing demands. The support that begins at the limits of U.S. Government resources is vital to improving our Sailors’ quality of life and recovery.

Today, Navy Safe Harbor Foundation continues to provide non-medical financial support when appropriated funds are unavailable to a sailor. NSHF fills the gaps of critical non-medical care and provisions essential to the recovery of the men and women we serve. For example, the Foundation makes it possible for a medically retired sailor to participate in the Warrior Games who, without support, would not be financially able to participate. The foundation steps in to provide transportation for a family member to come bedside to be with a loved one when the command cannot provide transportation. NSHF can do this and so much more to meet the needs of recovering Sailors and their families.

In 2015, Mr. Decker started the Fashion for Fighters Foundation (FFF) as a means to further support the Navy Safe Harbor Foundation. FFF is a fashion showcase event that has become a fun and fashionable fundraising tradition. Guests enjoy unique designs by both prominent and small businesses and have the opportunity to support wounded, ill, and injured Navy and Coast Guard Sailors and their families through charitable donations.

Fashion for Fighters is a registered 501(c)3 non-profit organization in the state of Virginia. All proceeds benefit Navy Safe Harbor Foundation.

YOU CAN MAKE A DIFFERENCE

Navy Safe Harbor Foundation remains dedicated to supporting the recovery of seriously wounded, ill, and injured Navy and Coast Guard Sailors and their families by assisting them with non-medical resources not available through government or community avenues. Active-duty, reserve, and medically retired populations and their families are eligible to receive support.

You can help our nation’s seriously wounded, ill, and injured Sailors and their families by volunteering and participating in a fundraising event or donating to the Foundation.

Navy Fact The Continental Navy was formed on October 13th, 1775 – roughly six months after the start of the Revolutionary War – and was disbanded after the war in 1785. Our country went without a navy for nine years, however, this lack of defense made us an easy target for pirates. Under the Naval Act of 1794, our country’s navy was resurrected and re-named the U.S. Navy.